Happy New Year and welcome to 2018!
So….this seems the perfect time to finally update the old web site….it’s been so long….

2017 was an amazing year for Rob. So many fantastic projects with so many awesome people. Some of Rob’s favorite tracks from these projects are now up in the LISTENING BOOTH Section of the website…so… have a listen!

Two amazing projects for Position Music: first, Mark Nolan’s third release entitled “Age Of Antihero”. Collaborating with Mark on all three of his releases has been a blast. He’s an amazing talent and a great guy. I’m looking forward to the next one! And then there’s Adam Peter’s release entitled “Generator”. Meeting Adam and working with him was one of the top moments of this past year for Rob. He’s a great hang and his unique musical sensibilities made mixing this project an incredible experience…thanks Jake Versluis for making it happen!

Lot’s of new music for Producer J2 including the releases “Synthwave Volume 1”, “Last Of The Warriors Volume 2”, “Tribal Primal”, “Bad Ass Volume 1” and of course, more of the awesome reimagined and trailer-ized covers that he’s so well known for on “The Iconic Series” releases “Volume 6” & “Volume 7”.

More awesome covers were mixed for buddies Chris Ramsdell & Steve Dzialowski of Chroma Musicand Immediate Music’s head honcho Jeff Fayman. We never get tired of working on their unique and twisted takes on all of these classic songs!

Rob also mixed a wonderful collection of songs for the incredibly talented and unique vocalist Eivor for Chroma Music. Chris Ramsdell handled the production on this one as well.

Rob was thrilled to reconnect with Selectracks founder Stuart Hart this past year and help him launch his new company Redshift Artists with an explosive collection of new music. Stuart’s energy and passion for the music is so infectious and fun to be a part of.

Two new releases from Producer Alex Pitschka’s Montage Music featuring the compositions of the great Mark Petrie. These were a blast to work on! Mark is an incredible musical mind and Alex’s feel for the music makes mixing their tracks something very special.

Rob had the pleasure of working with Devin Bronson & Adam Parker this past year, mastering four releases for their new company Noise Candy Music. Here’s wishing them the best and looking forward to making lots of great music in the future!

Lots of new releases for Killer Tracks and producers Ryan Perez-Daple & Carl Peel. Thank you both for the many years of loyalty…it’s always a pleasure to work with you guys. 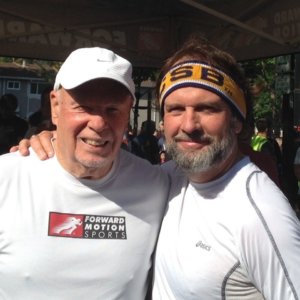 On a personal note…

While 2017 was a fantastic year for me creatively & professionally, it also came with much sadness as I lost my father Bob Beaton in August after a short three month battle with cancer. To say that the whole thing sucked would be a huge understatement. My family & I miss him immensely and he’s on mind all the time. I hope to dedicate myself in his honor to be the best father, husband, friend and human being i can be. It seems everyone has felt the pain of cancer in one way or another…and now i can include myself in that group.

So on that note, be thankful for all of the blessings in your life…I want to wish everyone a very blessed & healthy 2018!